1. Try out some weird beers at 'Weird Fest' hosted by Mobcraft Brewery 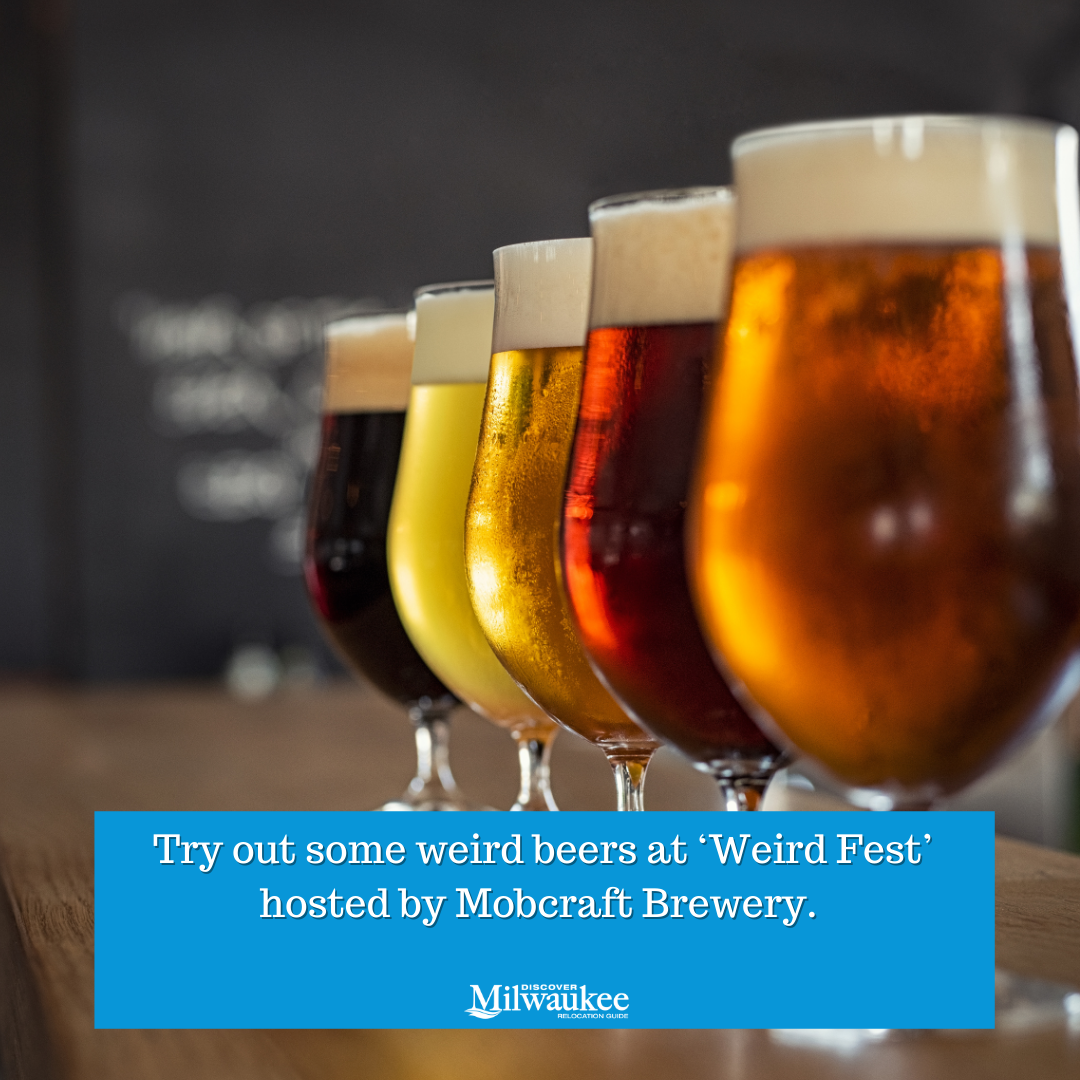 Weird Fest is back for the third year! For Mobcraft Brewery, this means celebrating their birthday in a WEIRD way. The crowd-sourced brewery will host Weird Fest Saturday, July 17th from noon until 10:00 pm. The event will include live music, street performers, food from local restaurants, and beer like any other that you have tasted before. Beers include:

2. Watch the Milwaukee Bucks Play in the NBA Finals at the Deer District 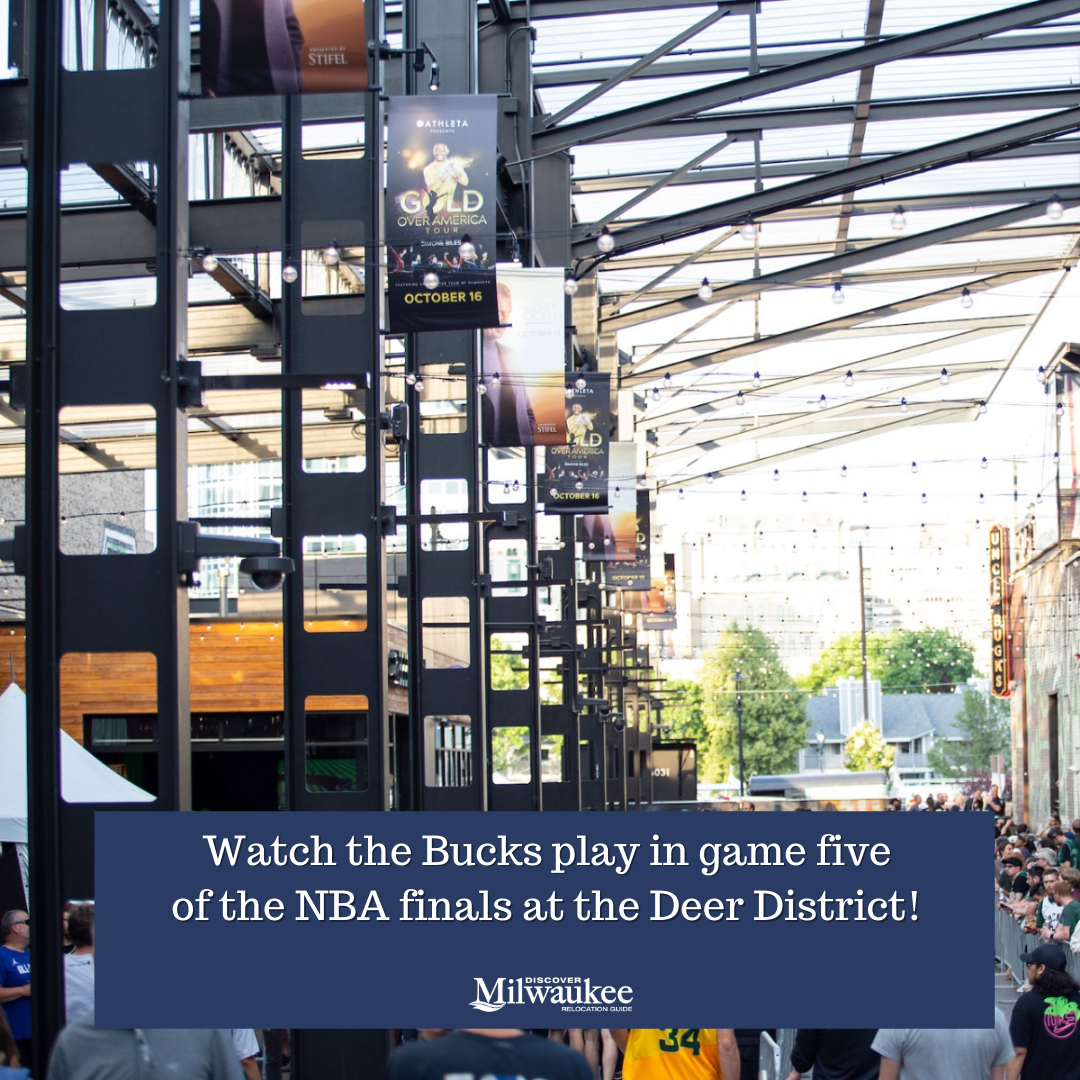 It's such an exciting time to be a Bucks fan! For the first time since 1974, the Milwaukee Bucks are in the NBA Finals and we're here for it! Head to the Deer District to see the bucks on not just one, not just two, but three jumbotron screens. Watch the city of Milwaukee come together to cheer on their favorite basketball team, and meet some friends in your new city.

3. Explore your new city by foot with the Sound Stage Audio Walking Tour 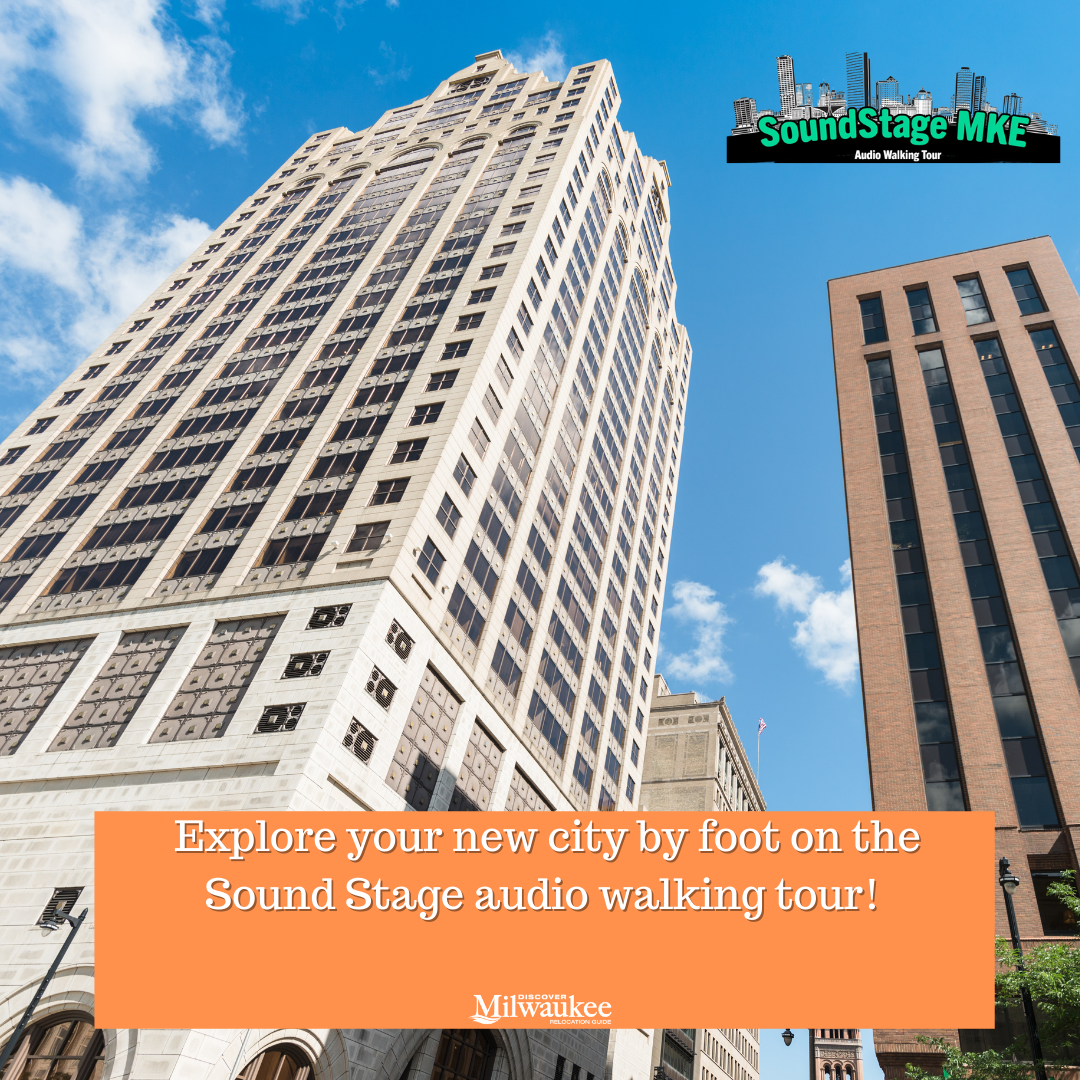 There’s no better way to explore downtown Milwaukee than by foot! Experience the history, humor and hidden treasures within the city while listening to four short sound bytes free of cost, made by the Milwaukee Rep. The walking tour is roughly 3 miles long and begins at the Central Branch of the Milwaukee Public Library (814 W. Wells St.) and ends at the War Memorial Center (750 N. Lincoln Memorial Drive).

4. Place yourself in the middle of the Beyond Vincent Van Gough Exhibit 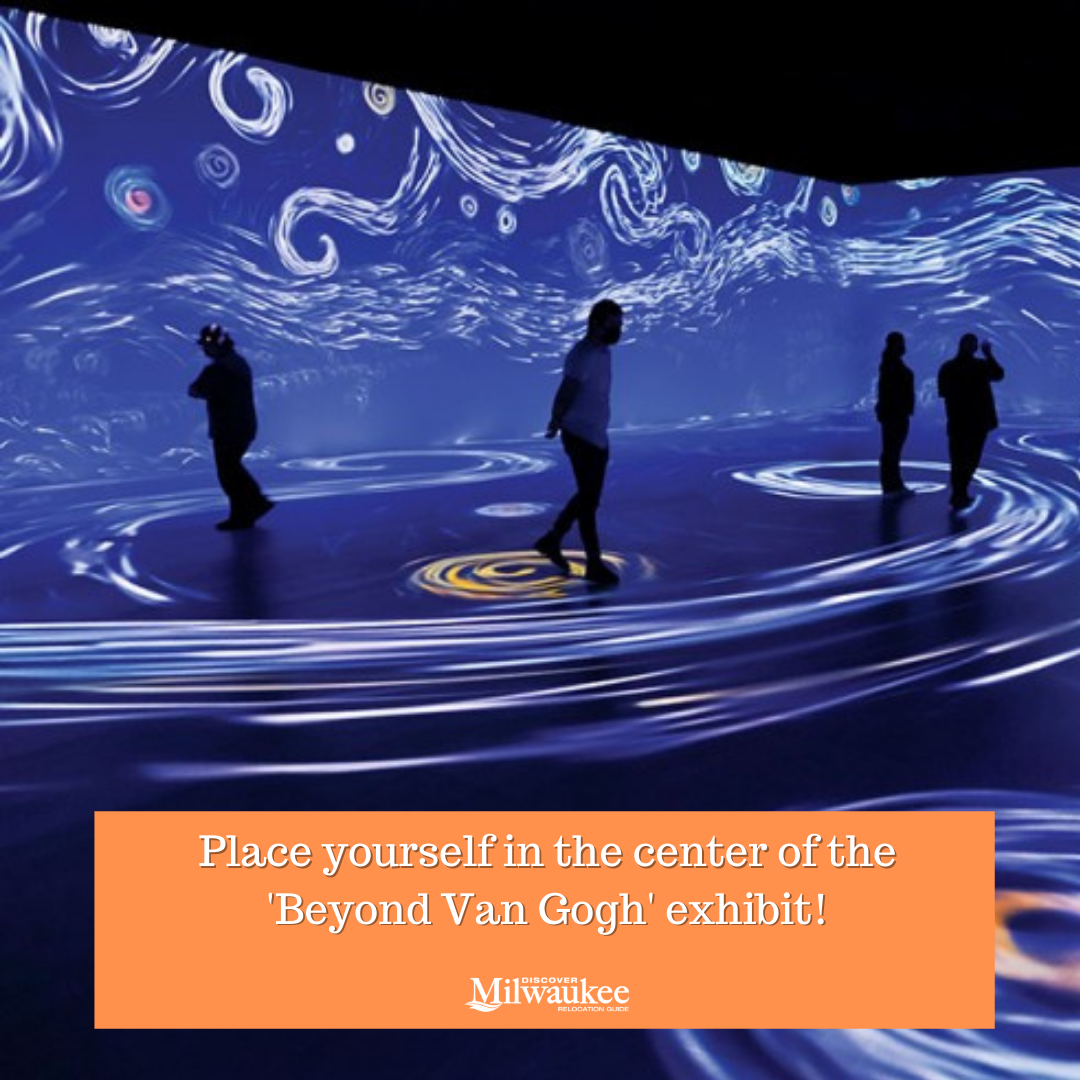 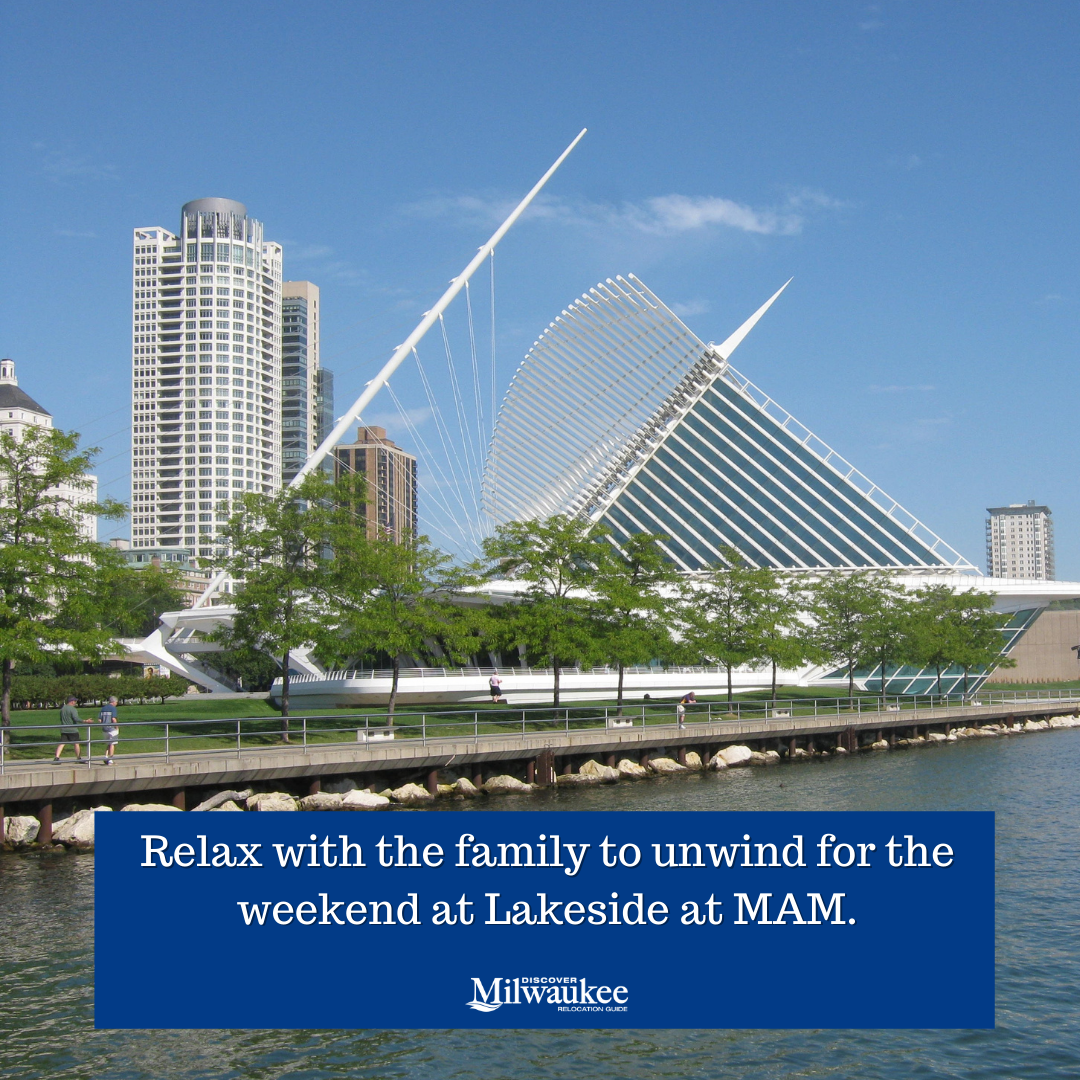 Unwind and relax during the weekend all summer long at Lakeside at MAM. Located just outside of the Milwaukee Art Museum, every Thursday- Sunday up until September 5th you can relax by lake Michigan, enjoy live music and even attend DIY art-making sessions outside!

We made the move to Milwaukee from France because I was offered a job at the Medical College of Wisconsin. With the neighborhood we moved to, I was happy to find that everything was pretty much walkable. There is also something new to see and experience every season. I like how Milwaukee is like a little sense of Chicago, yet it is still affordable. Everything is very close in proximity like a big city, yet it is easy to navigate.

Share Your
Milwaukee Story
Your Milwaukee Gift Guide: Holiday 2021 Edition
Continue Reading
Your Milwakee Weekend Guide July 9th- 13th
We're in the full swing of summer now, and that means outdoor fun, and with plenty of events coming back, Milwaukee is the place to be! Take a look at what's going on this weekend in your new neighborhood.
Continue Reading
Check out our new Youtube channel!
Discover Milwaukee beyond our relocation guide and beyond our blog, introducing our Youtube Channel! Here you can find quick and easy tips for moving to Milwaukee, relocation services, and anything and everything involving how to become a true Milwaukeean.
Continue Reading